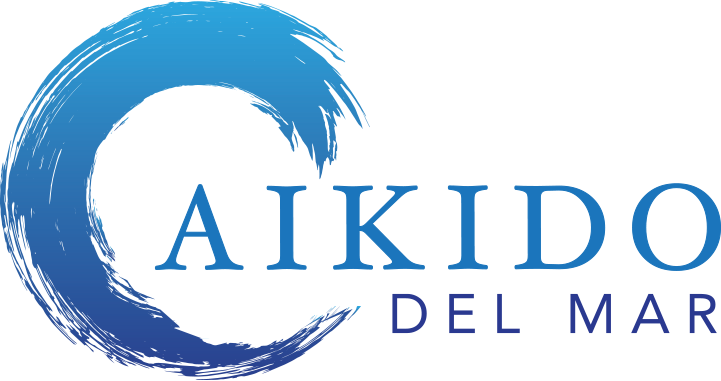 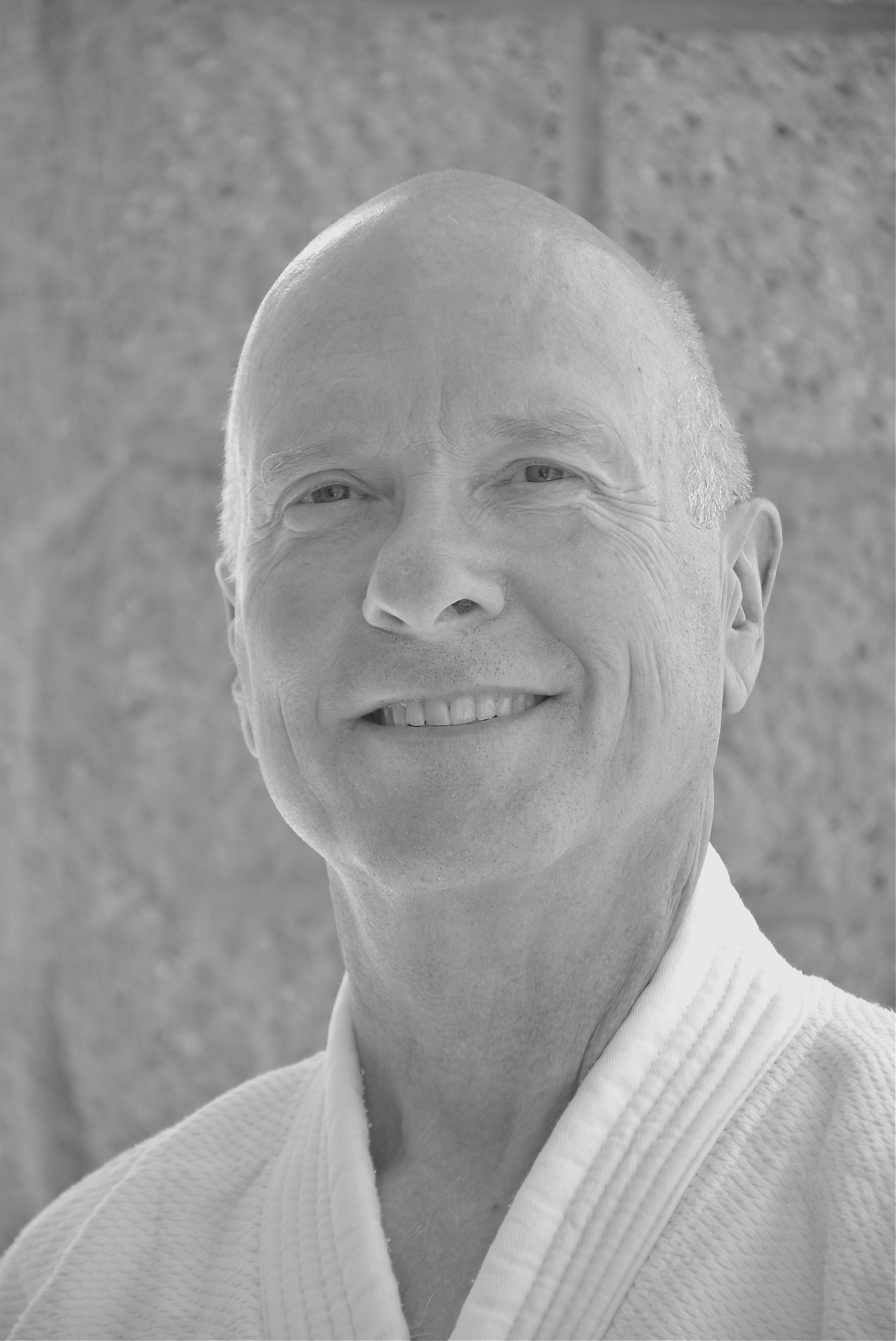 Retired from the business world in 1999 to pursue his on-going dedication to Aikido, Kevin Sensei is an internationally certified instructor. He is ranked Rokudan (6th degree black belt) and has studied Aikido for more than 30 years. Trained in Japan and throughout North America with top instructors, in 1992, he participated in the development of Aikido instruction at Shuwakan Dojo in Indianapolis; in 2001, he helped to build Mugenjuku Dojo in Los Angeles; in 2002, he started a children’s class in the Huntington Beach dojo; and in 2008, he moved to San Diego to start Aikido Del Mar. Kevin sensei has been the head instructor of Aikido Del Mar from its inception.

Kevin Sensei says: Aikido is not a sport, so talent is not required. What is required is persistence, determination and a mindset open to learning something new, something that may challenge many of your current beliefs.

In the correct training environment, the practice of Aikido will reconnect the body, mind and spirit. Any one can benefit regardless of age, gender, size, talent, or fitness. What is different for each person is how that unification expresses itself – overall, it will produce a person with increased self-discipline, focus, and a healthier mind and body. All this happens while you learn this powerful martial art Aikido. 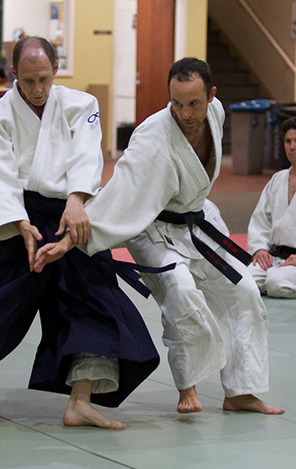 Edward Sterrett is the co-founder of Aikido Del Mar. He holds the rank of Godan (5th degree black belt) in Yoshinkan Aikido. He began his training in 1996, and studied intensively with Jacques Payet sensei from 2002 to 2005. In the last few years, travel for his academic research has limited his time at Aikido Del Mar, but afforded him the opportunity to assist Payet sensei in workshops in England, Ukraine, and Qatar. He now resides in Los Angeles, and returns to Aikido Del Mar whenever he can for training.

Edward Sensei says: The opportunity to travel and meet people of such diverse cultures united in their passion for Aikido has been both inspiring and humbling. More than anything I have learned that every student is a teacher and every teacher is a student. Each time I bow in thanks I remember this. 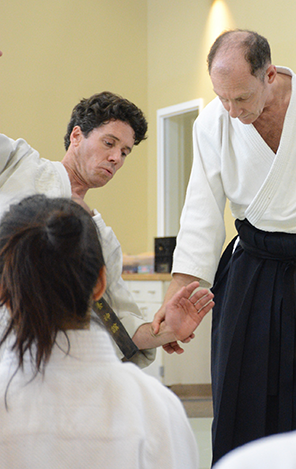 Joseph Kelly sensei started his aikido training in Philadelphia with kancho Yukio Utada of Doshinkan Aikido in 1992. Five years later, he trained in Aikikai style aikido under TK Chiba sensei who was an uchi deshi (live-in student) for O Sensei, the founder of Aikido. Joseph sensei has also trained in Yoshinkan style aikido with Cameron Gary Sensei under the direction of Steven Miranda Sensei before arriving in Aikido Del Mar in 2009. Joseph sensei holds the rank of Sandan (3rd degree black belt) in Yoshinkan Aikido with specific expertise in self-defence, ukemi, and weapons techniques. He teaches adult classes Monday, Wednesday and Friday mornings at 6 am.

Joseph Sensei says: I started Aikido mostly for self-defense, with a minor emphasis on the spiritual/philosophical side. During this time of my Yoshinkan Aikido days I went to a seminar featuring Jaques Payet Sensei, and discovered his philosophy and teaching style held the missing link in my Aikido training. While Aikido has given me skills and confidence in the self-defense arena, more importantly, it has given me skills and confidence to handle everyday matters that have made me a more complete person that allows me to live life to its fullest on a daily basis. 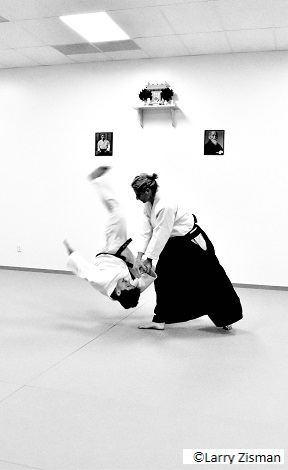 Lucia Sensei started training with Aikido Del Mar in 2015. She chose the practice of Aikido to help her feel safe in her body and gain confidence and stability.

Lucia Sensei is passionate about bringing harmony to the world through how we relate and knows that her practice of Aikido is a powerful way to learn a new way of relating that is meeting aggressive energy and neutralizing it with the powerful techniques she has learned in Aikido.

She also uses the principle of Aikido in her transformational Coaching practice with women and couples where she teaches how to meet conflict with awareness and redirect it in a way that is loving and fosters understanding and authentic connection.

Lucia Sensei says – “It is much more fun when we can get along and understand each other from our own point of view without violence. We can love each other and feel safe to be ourselves. Aikido supports mental focus, moving with Power and deliberate action while staying centered, calm and open in the face of potential violence.” 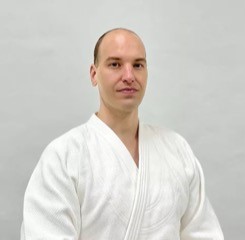 Josh committed to practicing Aikido after having trained in various other martial arts and competitive sports.  He then engaged in full-time and professional Aikido training as a part of the Mugenjuku Kenshusei program in Kyoto, Japan where he then continued his studies with likewise dedicated practitioners for some years before returning to the United States in 2022.  He now practices as an International Yoshinkan Aikido Federation (IYAF) certified instructor who has experience facilitating classes and programs for Aikido students ages 3-85 years old.  His prior works in Japanese Kaizen informed engineering and as a credentialed English Teacher with an M.A. in Education has afforded Josh opportunities to craft individually focused and large group collaborative experiences both on and off the mat, and both in and out of the classroom.  His current research interests include trauma informed instructional practices and exploring the human psychology of conflict and competition.

Josh says – “The journey is observably more enjoyable and fruitful for us all when we share the-middle-way together.  I’m thankful to have a martial arts family with whom to share in disciplined training and sincere reflection.”